What can I do if the Ethernet LED indicators on the Unmanaged Switch are off?

Sometimes, you might find that only the power light is lit on your unmanaged switch when a DUT (device under test like a computer or a router) is connected to the switch, this problem might be caused by non-standard cable, the speed negotiation failure between the switch and the DUT, or the switch might be malfunctional.

The troubleshooting reasons below are based on the condition that the DUT is working fine when it’s connected to your whole network without the switch.
Reason 1 The switch itself
Please do a test: power on the switch---- use a good quality cable to connect two Ethernet ports(port 7 and port 5 for example, as shown below) on the switch and disconnect it from anything else---check if those two corresponding Ethernet lights will be on. 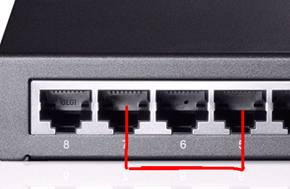 If the lights are not on, please feel free to contact support@tp-link.com
If these two lights are on, please go to reason 2 and reason 3.
Reason 2 The cable is of non-standard
Do a test: connect your PC to the switch---force your PC’s NIC(Network Interface Card) to work in 10Mbps half-duplex----check if the Ethernet light is on( refer to Reason 3 pictures to choose 10Mbps half-duplex or Google search how to do this)
Result Analysis:
1)if the Ethernet is on, it’s very likely that the cable is not a standard cable. Please change different cables.
2) if the Ethernet light is not on, please go to Reason 3.
Suggestion: make sure that you have a good quality cable with the wire cords clamped tightly to the crystal plug, following the EIA/TIA-568 standard.
Reason 3 Speed negotiation failure
Our unmanaged switch works in auto-negotiation mode which usually requires that the PC’s NIC also negotiates the speed automatically---If no, they might not have a common speed to work with and will not connect to each other.
Suggestion: make sure that the NIC’s speed is in ‘auto mode’ or try different speeds with different duplexes.
You might Google search how to do this or refer to the following briefly:
Go to your PC’s ‘local area connection’--right click it---go to ‘properties’----’configure’ ----’advanced’----‘media type’ or ‘speed and duplex’ or ‘link speed and duplex’---try ‘auto-detect’ or ‘auto-mode’ first; if no difference, try different speeds with different duplexes until you get one that will give you the Ethernet light on the switch and also give you a good speed. 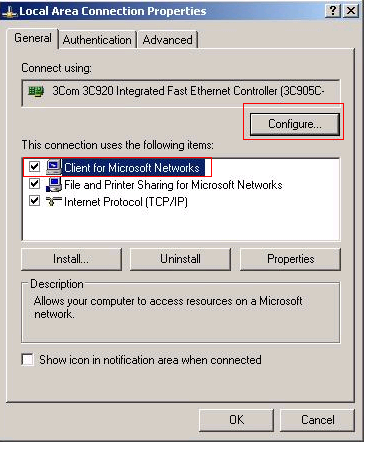 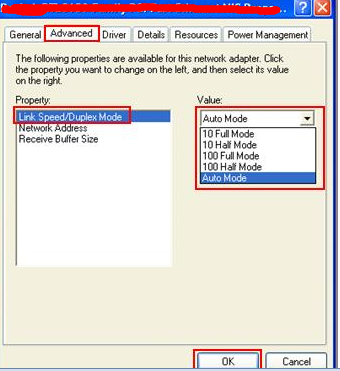 If you have further problem, please contact our support by support@tp-link.com.
Is this faq useful?
Your feedback helps improve this site.
Any other feedback?
How can we improve it?
Thank you
We appreciate your feedback.
Click here to contact TP-Link technical support.